From farmer to the white house. Harry Truman was born in obscure circumstances. He was the last person to serve as president who had worked as an adult farmer. He served in World War I. He came home to make a living and went broke. His mother-in-law was convinced he would never amount to anything. He became a judge and then became a Senator who was picked to became Vice-President in the 1944 election. The death of the most powerful man in the world made Truman the President. Come and hear his common sense approach to life and his impact on our history.

His accomplishments were very public. He broke the color barrier in Major League Baseball in... 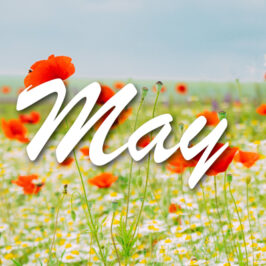 In looking at the events of the month of May, I was struck once again...

As we started this century, some very distinctive American voices began to take shape. Emerson,...