He was born in 1857 in the Netherlands. He was born to a family that was long on love and short on many of the blessings of life. His father was a minister and so Vincent wanted to try that field of endeavor. He did not have good study habits and didn’t really want to do the schooling required, but showed up in an area of need and tried to serve in a poor mining community in Belgium. He was dismissed a year later, but found his new passion. He saw beauty in the faces of the poor and downtrodden and began to draw them. He also found beauty in nature and began to develop his distinctive style. He had big dreams and a tremendous work ethic (the last year of his life he painted over 70 paintings), but he struggled with relationships and made very poor choices in his love life. He also struggled with mental health. His younger brother Theo was his best friend and often his sole support. His most famous painting, “Starry Night” was painted while he was in an asylum. He only sold one painting during his lifetime and now his work sells for millions of dollars. Come and hear his heart rending story.

That beautiful building has stood for over a 1000 years.  Its walls ring with history. ... 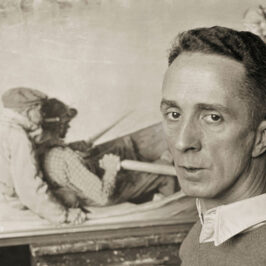 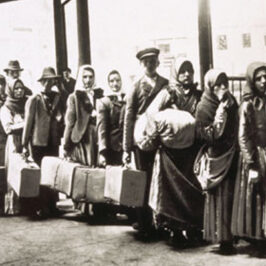 As a country, we have dealt with immigration issues for all of our history. This...

He was a farmer’s son from Kansas. He loved sports more than academics. He went...

As we look at the events of history that took place during the month of...